Find Your Path: How to Succeed Through Trial and Error in Real Estate Investments Like many things in life, getting started in real estate investing can be a wild ride. There are sure to be some twists and turns throughout the process, as you pivot and change courses to figure out a path that really works for you. The guest on episode 20 of The Executive Real Estate Investing Show, Josh Ferrari, shows us exactly that.

Josh is a multifamily syndicator who has raised over $7 million in private equity and has over 230 units in his portfolio. But he didn’t get there overnight. Josh’s first real estate venture lost him $5,000. The second lost him even more. It took time, mistakes, and a relentless commitment to learning and growth to get to where he is today.

The executive tip for this episode is to focus on the most important thing. Throw everything else out the window if you need to and really focus your attention on what is most important to you, both personally and professionally. For Josh, it’s creating a lifestyle that he wants, with flexibility, purpose, and time. This motivates him to keep working on his real estate goals and “vivid vision,” which we’ll discuss further below.

Let’s take a look at some of the takeaways from our conversation with Josh and how you can apply them to your own goals, whether in real estate investments or elsewhere.

Josh’s story is one of twists and turns. Part of his impressive bio is that he was able to go from zero to 239 units in six months. This is a major feat, especially for someone still working a full-time job—yes, Josh still works a 9-5 as an aircraft technician!

Josh was quick to point out that, while technically true, that one-liner does not capture the full story. There were three years of hard work and challenges that laid the groundwork for his six-month, 0-239 success story. Josh’s career has taken so many turns. He started out thinking he would end up in the navy, but pivoted towards becoming a pilot. After realizing the hours that would take away from a future family, he became an aircraft technician. Despite still working as a technician, Josh really was interested in real estate investing and saw the potential benefits of it to build a passive income lifestyle.

Josh’s first real estate venture was in wholesale. He ended up losing $5,000 doing so. Next, him and his wife tried house hacking—they lost even more money. Eventually, he learned about multifamily syndication and was able to really build something from it.

The point of sharing Josh’s story is that twists and turns are to be expected. There are so many people that start on the expected path of undergraduate degree > masters degree > corporate job, only to realize that it’s not for them.

So, if you are starting out in your real estate investment journey, remember that it’s okay to make changes, to pivot, and to try new things. Each step is a learning experience to help you learn, grow, and find success.

Further to the twists and turns of a career, it’s important to remember that all good things take time. There is no such thing as overnight success. Josh discussed the three-year time period before his business really took off and described it as “chaos.” There were challenges and mistakes, but through it all, he learned a lot. Josh shares that “we found out what we didn’t want and propelled us towards what we did.”

It’s easy to read that last section and wonder why Josh continued in real estate. What was the motivation? After experiencing so many challenges, and even failures, what led him to press on? Josh shared a number of motivators, including:

All entrepreneurs view failure a little differently than the average person. Instead of it being a signal to give up, it’s just a prompt to pivot, adapt, and change directions. Finding your own personal motivations, like Josh did, will help build resilience and perseverance during the inevitable challenges.

There comes a time for most entrepreneurs and business owners that they need to start thinking about expansion and growth. It’s an exciting time, as it means you are finding success, but comes with its own challenges, too.

Josh discusses the quick growth of his company. In just over half a year, they started closing on hundreds of deals and raising huge amounts of equity from investors. It took off fast, and Josh and his business partners had to address new challenges as they come up. At the beginning, it was all about acquisition of new units. But as they acquired more and more, it became about managing all the units.

Strategic expansion is important. You need to carefully analyze where you’re at and what kind of help you need. One way to expand and grow strategically is to have a “vivid vision.” This is a concept that was introduced to Josh via a book of the same title by Cameron Herold. A vivid vision has the following aspects that can help guide your company or business venture through growth and expansion:

A lot of this advice can be applied to different business ventures. But this is the Executive REI Show, so we want to talk a bit more about real estate. We asked Josh why he chose multifamily syndication, and he had some great insights to share.

Ultimately, he found this path through trial-and-error. And while the other types of real estate he tried—wholesale and house-hacking—didn’t work for him, they may for others. Ultimately, you need to try a few things to figure out what works and what doesn’t.

Josh was drawn to multi-family investments because he liked the concept of different revenue streams under one roof. At first, he thought that he would have to make all the investments himself, which is a massive financial stretch for most people. So, after discovering syndication and learning that he could raise capital, it was the obvious path to go. Josh sees multifamily housing as a way to achieve a passive-income lifestyle, where he can work as much or as little as he wants while creating revenue to keep working towards his “vivid vision” life and career goals.

This conversation with Josh Ferrari had so much value for entrepreneurs, real estate investors, or anyone trying to take that first step off of the prescribed career path we often feel stuck on. Josh’s last piece of advice was from a life lesson he learned from a mentor: keep learning. You might think you know a lot, but there is always more to learn. So, be open-minded, learn what you can, and just jump in and start going.

If you want to know more about Josh or connect with him, you can do so at www.ferraricapital.com. From there, follow him on social media—Facebook, Instagram, LinkedIn, and YouTube—and check out his podcast, “Creative Capital,” available on all podcasting platforms. 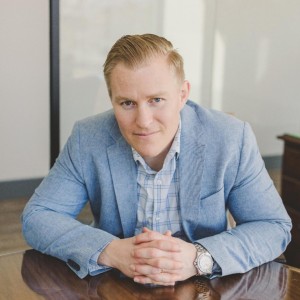 Michael has extensive financial and operational experience. He is a licensed Certified Public Accountant and has a Masters of Accountancy from Brigham Young University. Before working at Overland Group, Michael worked at Ernst & Young on some of the largest real estate and technology companies in Utah.
Share on facebook
Share on twitter
Share on linkedin Why Alternative Investments Will Boost Your Portfolio